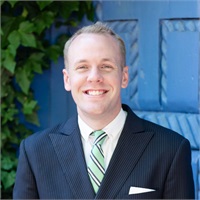 Gage Kemsley started with Oxford Wealth Advisors in March of 2013 as Lynn B.'s executive assistant and a financial advisor for the firm and is excited to be working with OWA as Vice President.

Gage Kemsley was born in Frankfurt, Germany and has bounced between Albuquerque and Germany for his whole life.  He attended General HH Arnold High School in Wiesbaden, Germany where he earned his Eagle Scout award and graduated in 2007.  Gage served an ecclesiastical mission for his church in southern Germany and Austria from 2008-10.  Gage graduated from the University of New Mexico with a BBA in Finance and a minor in German. He has also earned his MBA in Finance at University of New Mexico’s Anderson School of Management.   Gage worked at Kirtland Federal Credit Union for a number of years as a teller and later in the accounting department before he came to work with Oxford Wealth Advisors in 2013.

Gage enjoys running, working on cars, volunteering at local food banks and charitable gardens, and sleeping when he can. He is also active in his church responsibilities, specifically with youth ages 12-18. Gage currently resides in Albuquerque with his wife, Lindsey, who also works for the firm as Marketing Director and HR and their two greyhounds.